You’ve probably seen the MLA-30 Active Loop Antenna on Ebay. It can be had for a bargain price of around Â£35 and works great for the price. There’s only one problem in my book; the PCB is covered in epoxy potting and you can’t see the design or repair/modify it! Something that I’ll have to fix!

What follows is the results of 45 minutes in the kitchen with a pan of boiling water and a pair of tweezers. Behold, the MLA-30 in all its naked glory!

A single screw hidden beneath the epoxy holds the PCB into the case. 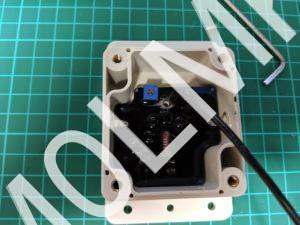 Underside of the PCB.

Boiling the PCB to remove the epoxy. Note to self: Don’t use the wifes best pan! 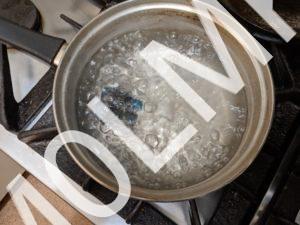 Slowly removing the epoxy. Once it reaches it’s plasticizing temperature, it just peels off like putty.

Not bad. Only 2 small inductors were damaged. I’ll replace these and see if the PCB still works once I’m done drawing the schematic. 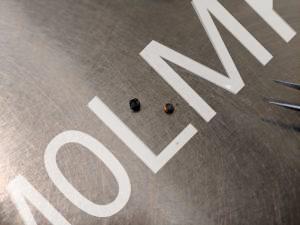 And now, the moment we’ve all been waiting for. The naked MLA-30 PCB!

So, it looks like a single chip amplifier design and it’s pretty obvious to see that the Pot is a simple gain control. I hope that answers some questions about this interesting little loop.

19 Replies to “Inside the MLA-30 Active Loop Antenna”